Emma is a visual artist based in Southampton and has a studio at the Arches. There are two main strands to her work – painting abstracts in acrylics and keeping mixed media and collage art journals. Although these two strands are generally quite separate occasionally Emma will explore themes in her journals which find their way into her painting. Her journals are usually a just used as a personal creative outlet and not commercial and are occasionally influenced by things that are going on in the world such as Black Lives Matter or the murder of Sarah Everad, but are mostly just a way to play with pattern and colour without any plan for how they’ll eventually turn out. 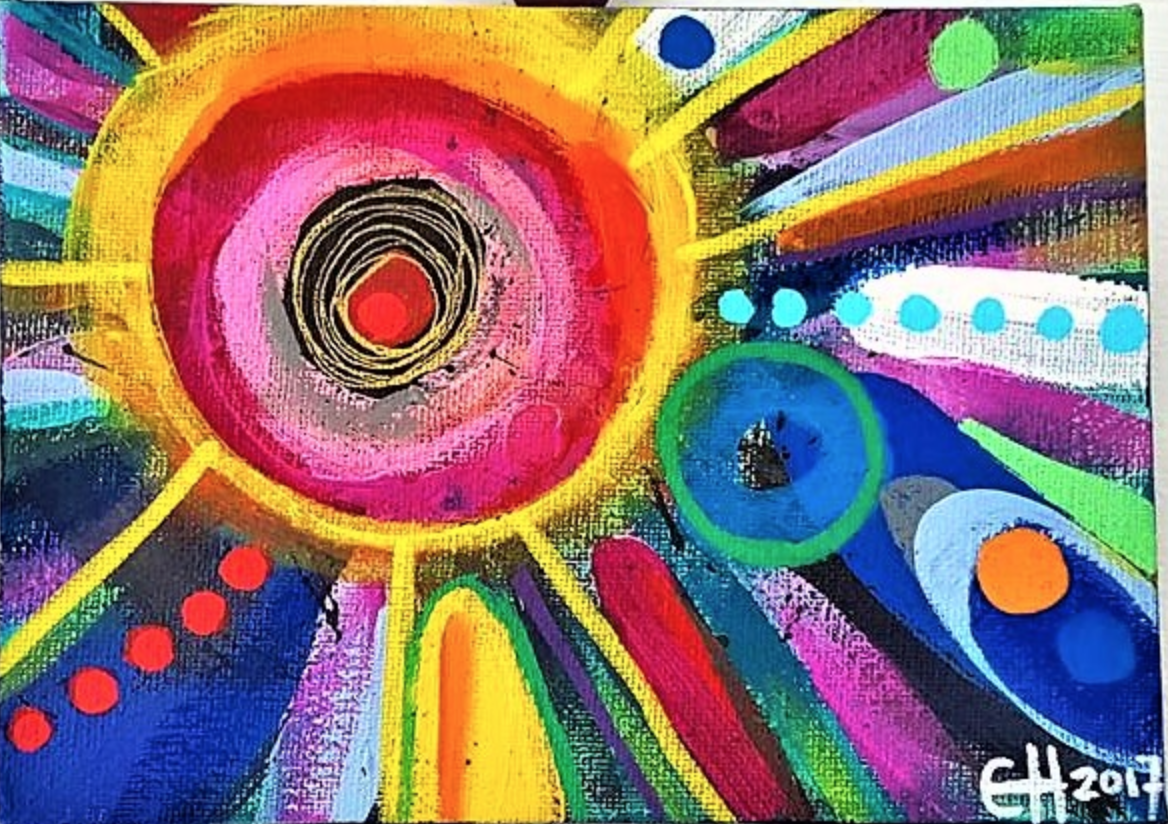 Emma has always been “arty” and did a foundation year at Southampton City College before moving to Cardiff to study a degree in contemporary textile practice. After graduating in 2003, Emma “naïvely” thought “oh I’ll be a textile designer and get a job”, but didn’t quite realise how challenging it might be! After having little success, Emma decided it was time to get a “proper job” to pay the bills and started working with homeless people at a hostel, followed by working with women in a safe house. At this point she was thinking about becoming an art therapist, but eventually decided to go in a different direction.

Emma continued to make art in her spare time and started to feel like not focussing on art was driving her “a bit mad” so started working part time, which was “really difficult”.

About 5 years ago Emma got studio space in a place called Unit 11 which was run by an artist collective where she was part of several exhibitions. This was followed by becoming a resident at the arches studios which are run by ‘a space’ which feels like a “real community” and has helped Emma feel “a bit more like a proper artist” 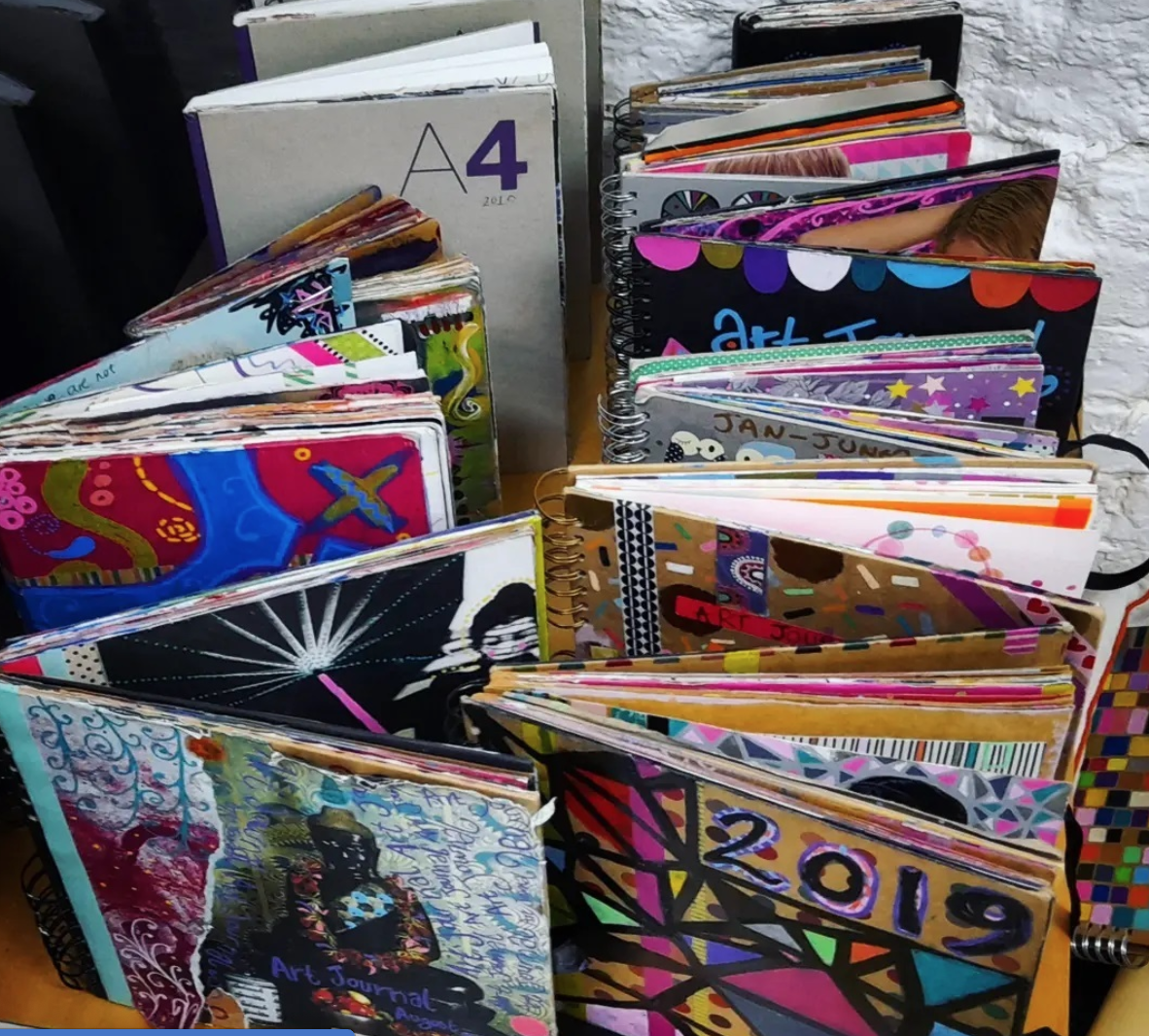 For Emma, it’s “hard to say” where her inspiration comes from because with so much around on social media it’s hard to know when you’re being influence by things you’ve seen. “It probably all just filters down into your brain and you don’t even realise that you’re being influenced”. She likes a lot of graphic design and illustration and is particularly into pattern design because of her background in textiles.  Emma really enjoys mid-century design, particularly styles from the 1960s. 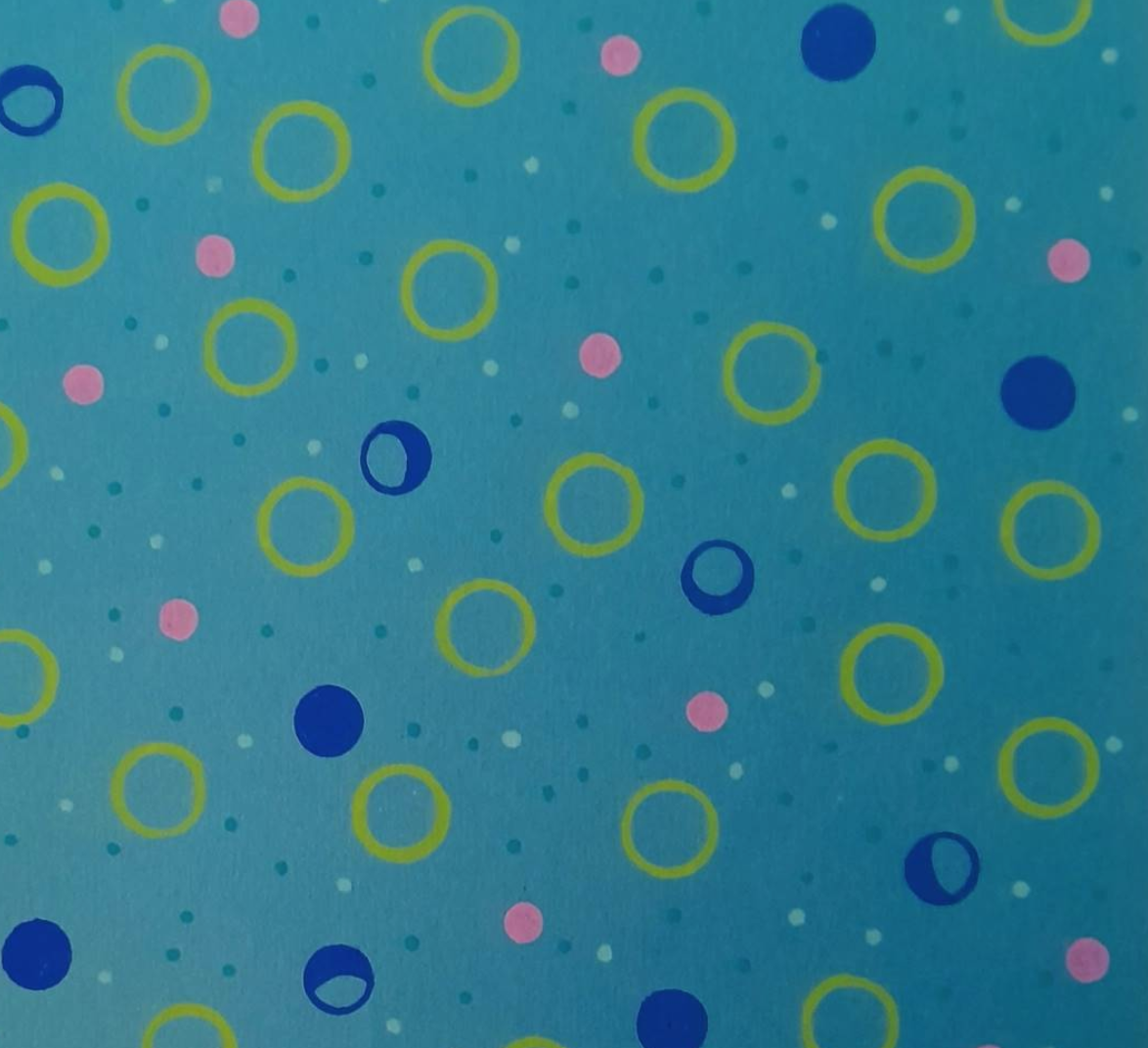 Stand out, current and future works

Emma is particularly proud of the solo exhibition she put on a few years ago at Harbour Lights Picture House which showcased 22 of her paintings. Although she admits that the experience was “quite stressful”, it was also “amazing” because she sold 9 paintings and although, for Emma, it’s “not all about making money” it does “make you feel validated when people actually want your stuff”.

Recently, Emma has begun work on a new project at the library where she works part time.  Emma discovered quite a few of her colleagues are also artists and after spotting some empty wall space, they started working together to plan an exhibition to “brighten up the area”. Although the future of the project isn’t certain, Emma and the other artists plan to create their exhibition and look for another venue if it’s not possible to show their work in the library.

Something that Emma would like to work on in the future is teaming up more with other artists, particularly with other residents at the arches and possibly even getting more involved with Southampton’s bid to become UK City of Culture for 2025.

Emma first came to a CHAOS meeting around 3 years ago and likes the way that you can “get chatting to people” at the meetings and find out what’s going on in the city, which can help you “realise there’s a lot more going on than you thought”.

The easiest way to get in touch with Emma is through her Instagram @emmalouise_artist you can also visit her website https://emmalouiseharrisart.wordpress.com/