Sarah is an artist living and working in Southampton. She has a studio at Tower House, is a trustee for ‘a space’ arts, an associate lecturer on the fine art course at Solent University and a lecturer in medical humanities at the University of Southampton.

In terms of her artist practice, sarah’s work has two main strands – her very personal practice exploring her own relationship with non-human animals and her “much more collaborative” co-working projects with other people. She explores these elements through different art forms including knitting, filmmaking and drawing. 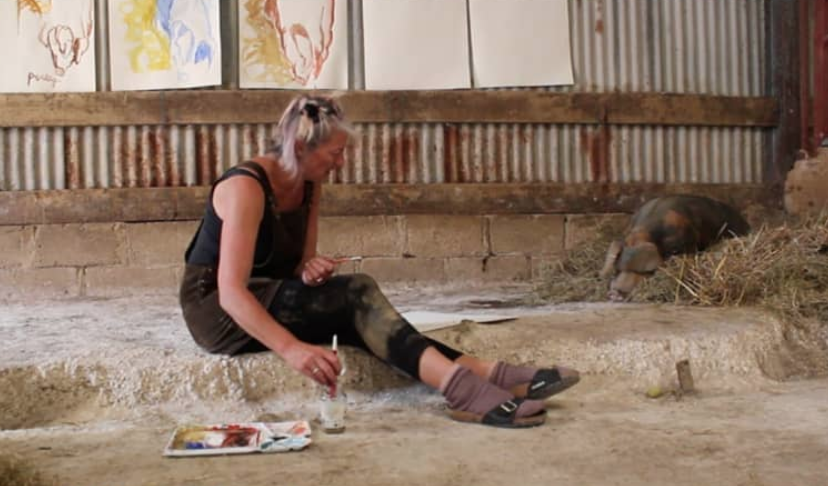 Sarah spending some time with her pig friends

During her second year of studying science and maths-based A levels sarah decided she wanted to drop out of those courses and do an art foundation instead, but after a conversation with her dad, was persuaded to stick to her original plan – completing the courses and become a vet.

She continued to enjoy spending time drawing and painting and after losing her mum when she was 38, decided it was time to do an art degree as “a gift” and “kind of healing therapy”. After completing her degree, sarah became “really embedded in the Southampton cultural landscape”, “taking every opportunity and grabbing hold of everything” and often feels like she has grown as an artist at the same time that “Southampton has found itself a bit more confident”.

sarah has often struggled with her work feeling “really disparate”, but one thing she has identified that links the different strands together is that “it’s all about relationships”.  It can be about sitting and having a chat and a knit with other people, or about going down to the park and feeding the geese, “It’s about two lines meeting and seeing what comes out of that interaction”

sarah is “massively inspired” by all her “little fluffy animal patients” and thinks all the time about her own dogs and cats and the pigs that she’s worked with. At the moment, a big drive in her work and her thinking is the non-human animals that we live alongside. This is something sarah feels has been highlighted by lockdown as many of us have spent so much more time at home with pets, but also in gardens and parks with things like bees and ducks. 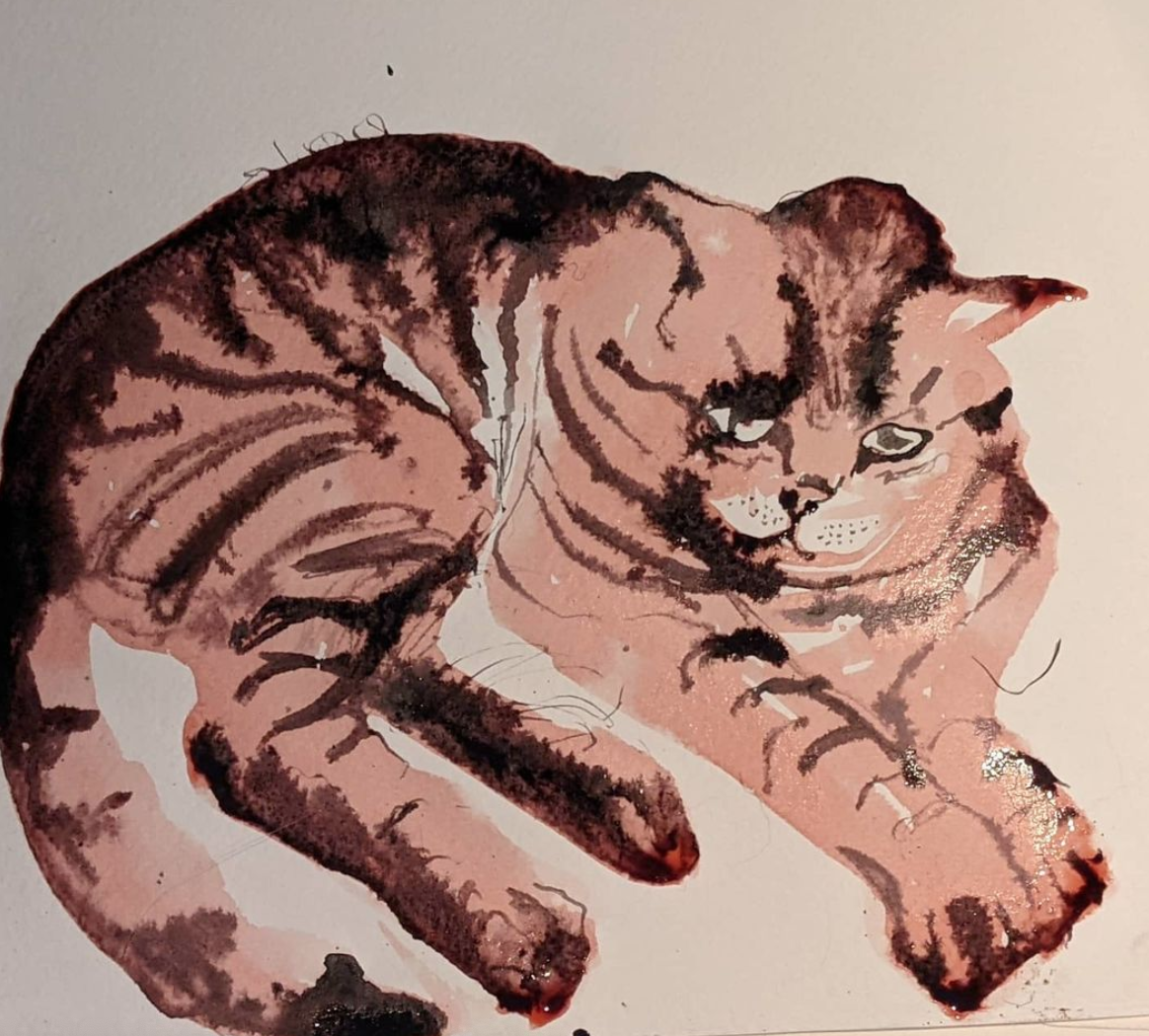 For sarah, knitting is a medium for facilitating interactions and connections between people. This comes from time spent sitting as a kid with her nan which felt like “really special rich conversational time together, and a great way of getting to know somebody by doing an activity with them”.

When it comes to “other artists and things” Sarah “just loves lots of stuff”. She’s particularly interested in underrepresented women and communities.

Stand out, current and future works

A piece of work that sarah is particularly proud of is her Bargate Gallery exhibition ‘Blue Jumper’, a collaborative community knitting project, which saw 1200 people contribute to one big knitted artwork. This project stands out for sarah because it was the first time that the different strands of her interests came together and became one thing. She is particularly proud of the work because, for sarah, it represents the realisation that her practice is about relationships and tiny moments that you share with people and that “those tiny moments can be incredibly profound and meaningful”. 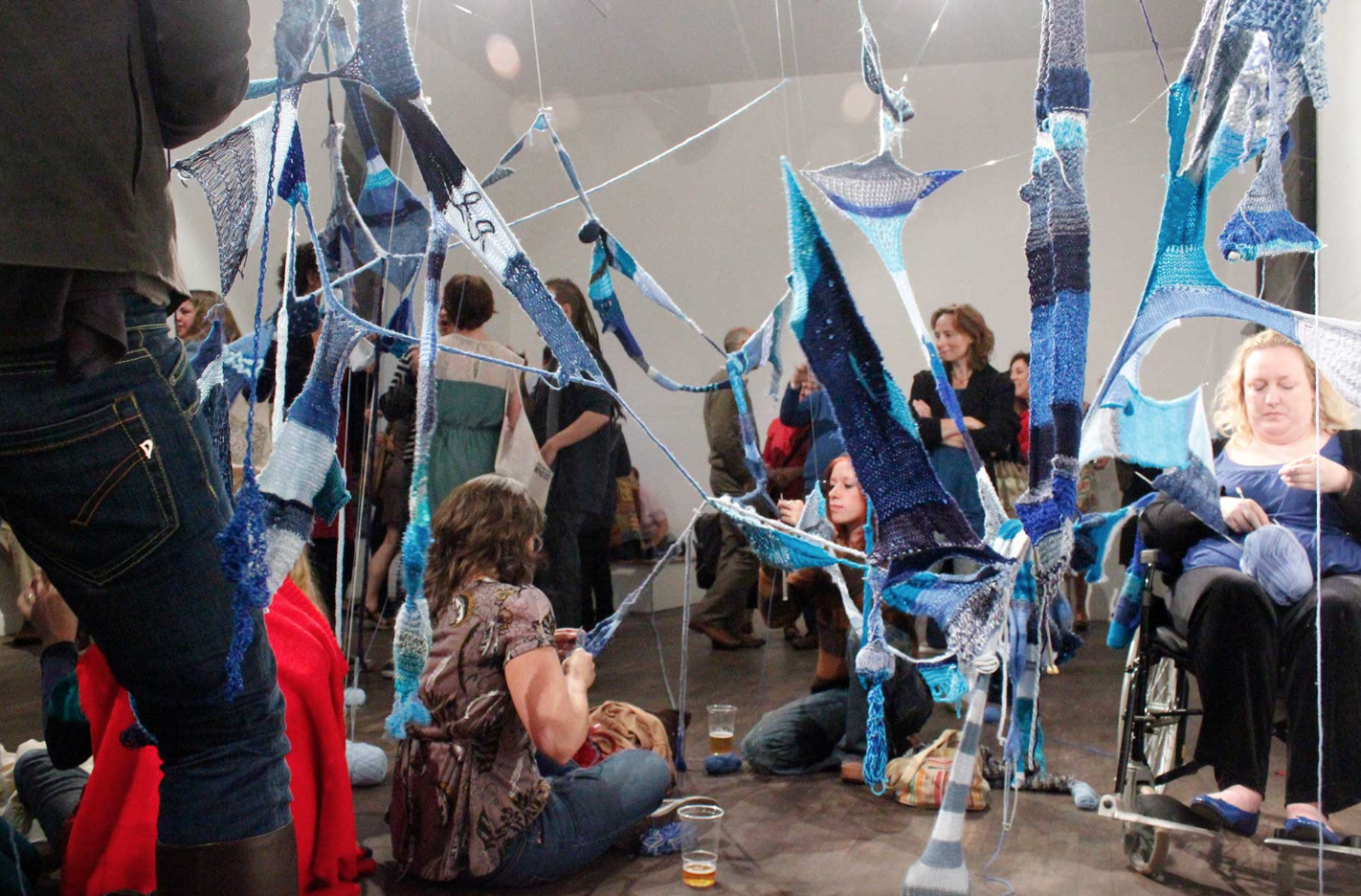 For the past six years, sarah has been hosting regular meetings at God’s House Tower as part of her ‘knit the walls’ project. “It’s all about the fact that the walls of Southampton have got a lot of history in them…they’ve witnessed all sorts” and there’s a discrepancy between all of the everyday things the walls have witnessed and what has actually been recorded, so ‘knit the walls’ is about “groups of people getting together, chewing the fat and talking about their everyday”.   Sarah has “a massive dream” of making the most of the “random pile of knitting” she has so far collected from ‘knit the walls’ and would like it to eventually be a physical representation of Southampton’s stories in the city. You can find more info about ‘knit the walls’ at https://www.facebook.com/knitthewalls

sarah has also recently been “having a lovely time” working with the Women’s Integration Group, teaching them to knit and investigating how workshops like this can be valuable to a range of groups. This has been under the umbrella of the ‘knit the walls’ sessions at God’s House Tower, but has developed differently in lots of interesting ways. 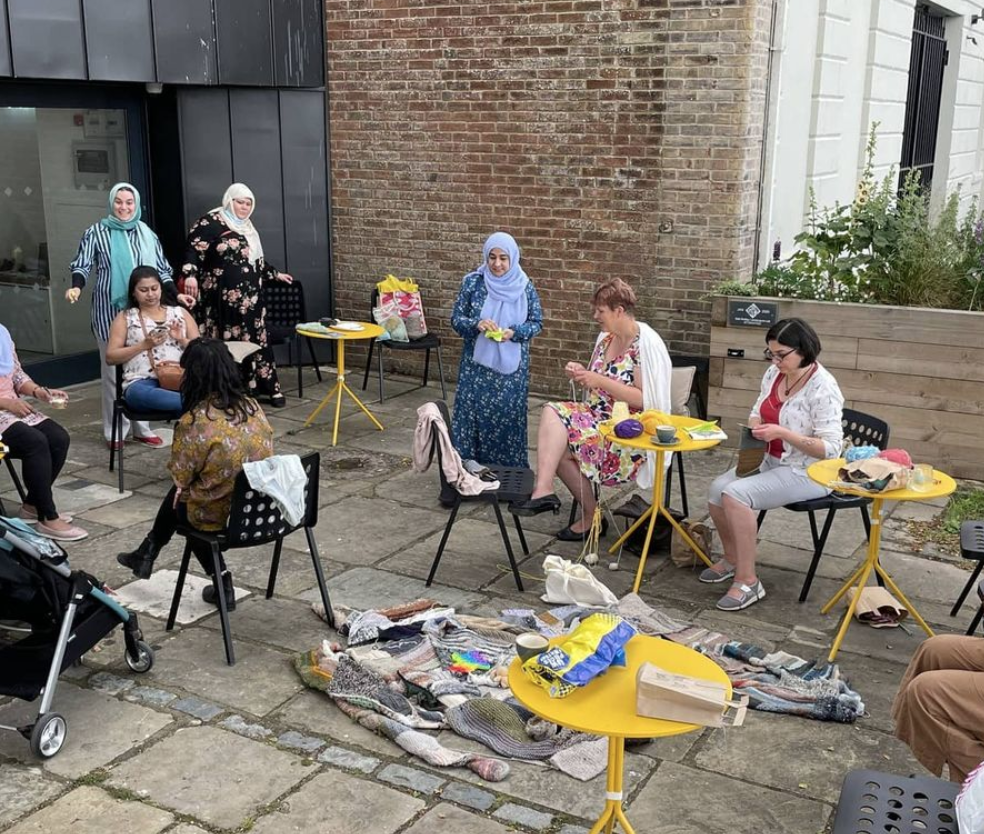 An 18 month residency working with the pigs on an organic smallholding lead to some life changing experiences. The exhibition of that work was a covid – casualty, but sarah recently met some musicians at a ‘Hidden Wardrobe’ opening and spent an amazing afternoon collaborating with them as they played “experimental, playful and very loud music” alongside video footage of the pigs. Look out for a live event alongside an exhibition of the ‘pig’ work in the new year,

sarah went to her first CHAOS meeting not long after graduating from Solent University and was enticed by the “posh” croissants on offer, along with the feeling that these were “her people”. Over the years she has got to know many people through the network and “they’re lovely”. It’s a “really nice place to know you can regularly go and meet some friendly and supportive faces”.

Get in touch with sarah and find out more about her work on Twitter @sezifilms or Instagram @sezfilmswork .  You can also email her directly at sarahfilmer@hotmail.com or check out her website sarahfilmer.com